In March 2019, the FTA and their Project Management Oversight Contractor (PMOC) began the Scope, Schedule, Cost and Risk review of the project. This comprehensive review is required prior to the execution of a Small Starts Grant Agreement. This process included a two-day risk workshop in May 2019, in which every detail of the project is reviewed and discussed, culminating in a Characterization Report, which describes the project in detail and discusses STA’s readiness to construct project. This review process continued into July 2019, with a final Risk and Contingency Review Report which identifies all of the major risks associated with the project and mitigations proposed to reduce those risks. This process resulted in the project cost being revised to $92.231 million and the estimated completion date extended to July 2022.

Engineering design is nearing completion for the project, including the final designs all station locations and street improvement projects. On October 9, STA held an open house to provide construction related information and solicit public input on potential issues related to construction.

Longer hours, weekend service, increased frequency and convenient access to transit in the region’s major corridors are critical elements of a competitive and growing economy. Successfully attracting a strong millennial workforce and new businesses requires an effective transportation system that provides various options to travel to work, school, entertainment, recreation and everyday services. The Central Central City Line in the Downtown corridor will be the first phase of fulfilling that need in the urban areas of Spokane County.

The Central City Line is a six-mile, corridor-based Bus Rapid Transit route connecting Browne’s Addition to Spokane Community College by way of Downtown Spokane and the University District. It will be a modern-style electric bus estimated to provide over 1 million rides per year. It will feature more frequent trips and convenient elements like pre-board ticketing, level boarding and improved stations with real-time signage, wayfinding and other amenities.

The concept of the Central City Line has been discussed, evaluated and planned for by community partners for over 15 years. It has been customized for the needs of Spokane, reflecting cost-effectiveness and flexibility. It will provide earlier and later service seven days a week – making it a viable transit option in the busiest commercial corridors, especially for commuters.

High performance transit systems create positive economic impacts for communities. As a first installment for the region, the Central City Line is projected to increase land and improvement values by $175 million over 20 years. Some examples of the project’s positive economic impact include increased foot traffic from higher density development, reduced travel times, and parking and traffic congestion mitigation. Additionally, the Central City Line will streamline transit in the Downtown corridor and allow for other system-wide improvements, like more transfer stations outside of the city core.

In addition to the growth in ridership and a positive economic impact, the Central City Line will include other benefits like significant streetscape and road improvements, distinctly branded and permanent stations, and innovative electric charging infrastructure. Combined, these elements provide a sense of permanence that indicate a long-term commitment to mobility and economic development along the corridor. Additionally, the Central City Line’s zero emissions propulsion system will provide an ongoing environmental benefit through cleaner air and quieter buses. An economic study completed in 2014 estimates, over a 20-year period the projected increase to surrounding land and improvements values will increase by $175 million.

The estimated project cost is $92.231 million, including vehicles, design, construction management and other support services. STA has received $3.575 million in State and Federal funding to complete planning and engineering services for the project. In June of 2015, the Washington State Legislature and Governor approved $15 million for construction. In April 2019, the FTA awarded $53.425 million for the project subject to an approved a Small Starts Grant Agreement. In July 2019, the STA Board approved an additional $20.231 million, which represents the total local share of the construction costs for the project.

In cooperation with the City of Spokane, a Steering Committee has been formed to provide policy level support to the STA Board and the City of Spokane at key milestones in the implementation of the Central City Line and the development of supportive land use and economic development policy. The Steering Committee is made up of representatives from:

An interactive project map has been developed for the CCL which identifies station locations and proposed improvements throughout the entire alignment. Additional information includes station platform layout, station amenities, and street, sidewalk and ADA improvements. The interactive map reflects the current stage of design and will be updated in the Winter of 2019. 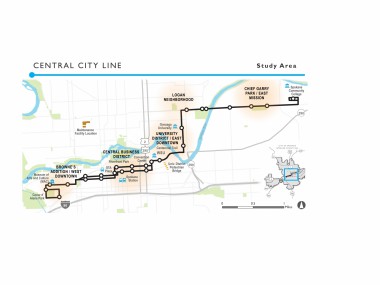 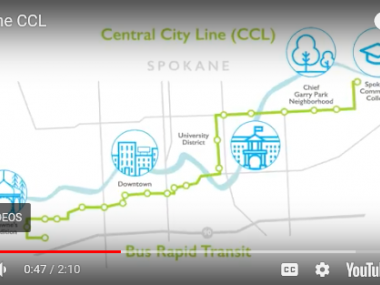 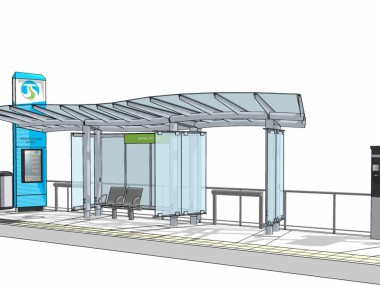 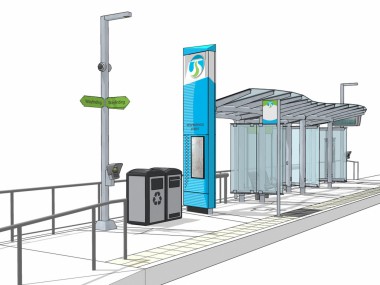 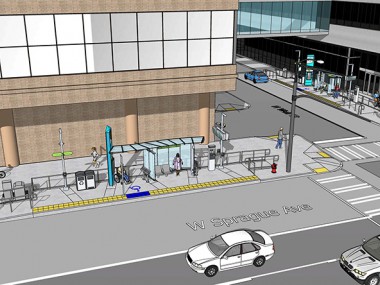 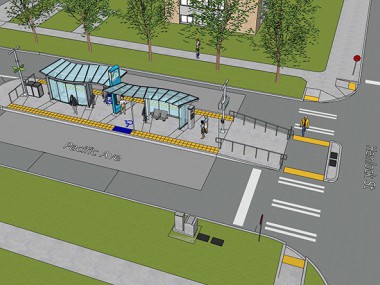 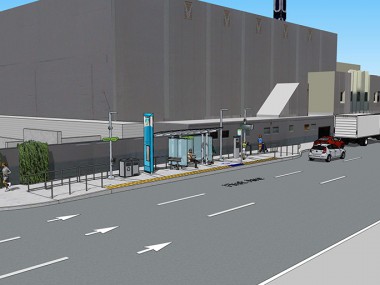 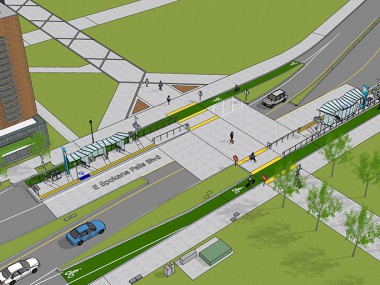 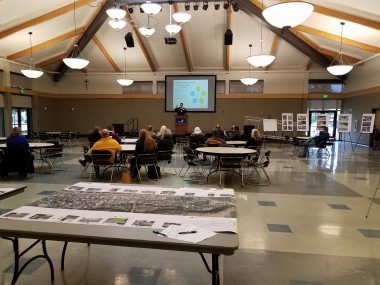 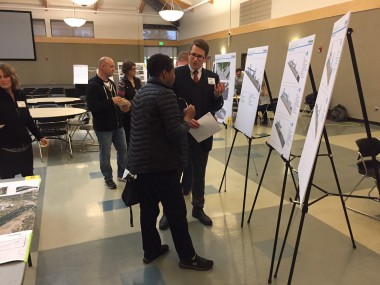 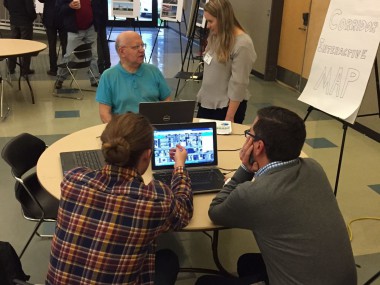 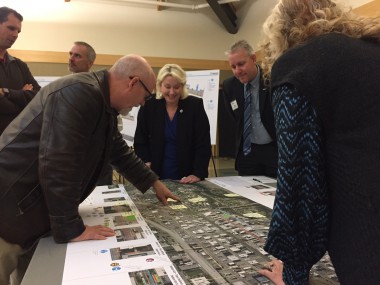 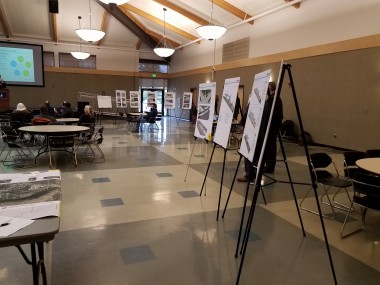 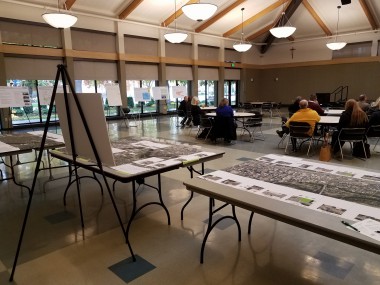 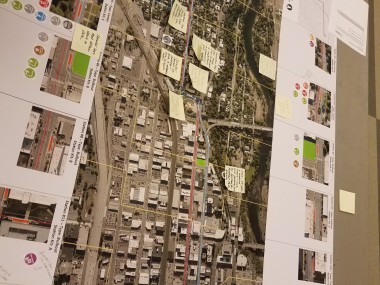 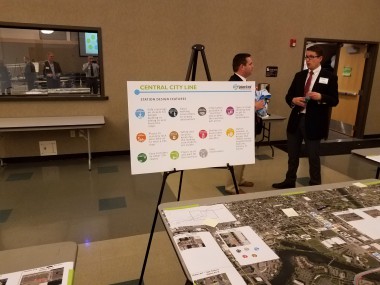 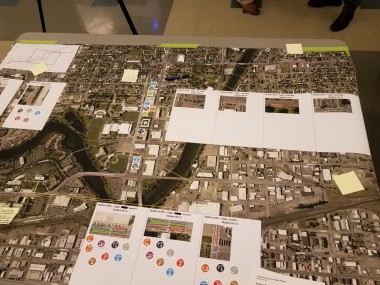 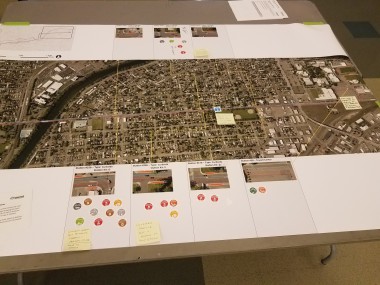 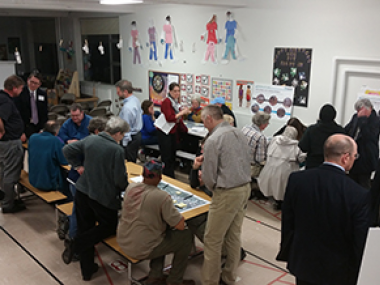 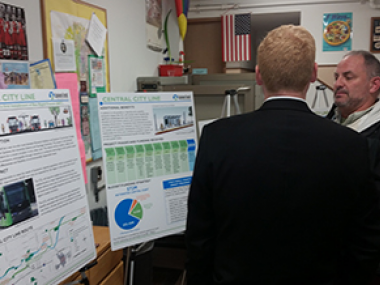 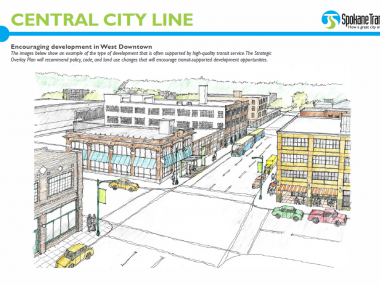 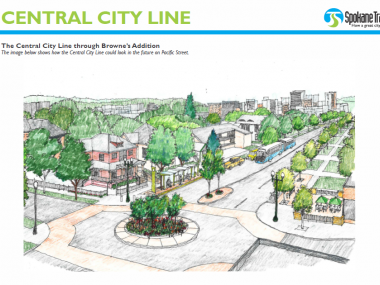 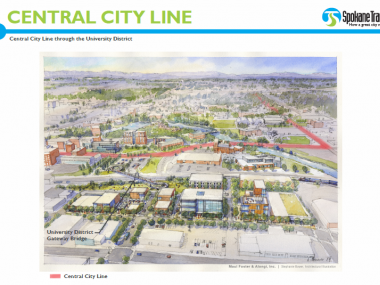 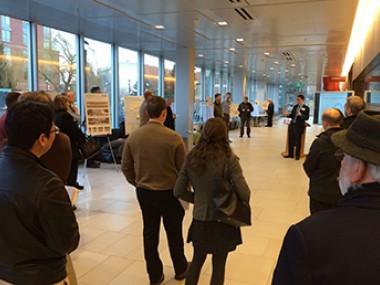 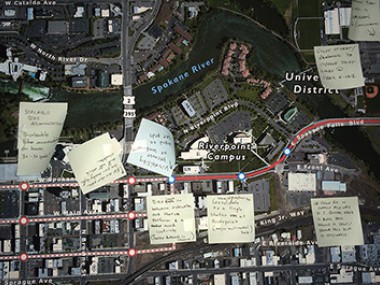 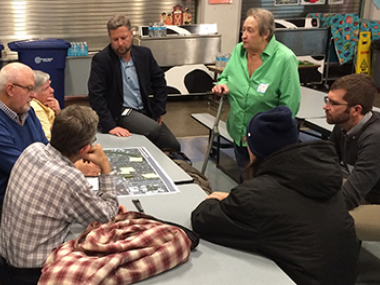 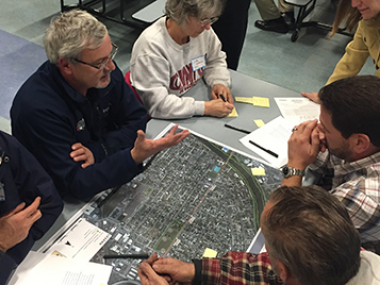 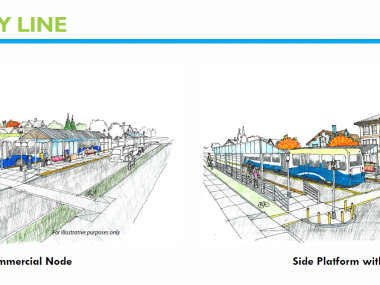 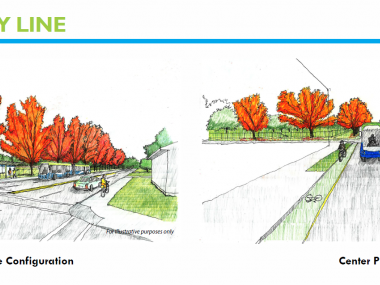 Sorry, there are no future events scheduled for this project.

View our past events.

This project has no current feedback.

Spokane Transit is hosting an Online Open House between February 5 and March 5, 2019 to provide updates about the project, station designs, and preliminary information about Central City Line (CCL) construction.

The online open house is now closed. Thank you for all of the feedback.

STAY IN THE KNOW

Have questions? Send us an email